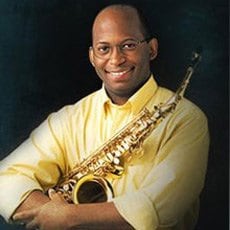 His primary teachers include Jean-Yves Fourmeau, Eugene Rousseau, and Kenneth Fischer. Murphy holds the Prix de Perfectionnement (by a unanimous decision of the jury) from the Conservatoire National Rgional de Musique, Cergy-Pontoise, France; the Master of Music degree from Indiana University, graduating with the Performers Certificate, the highest honor given to a performer at this institution; and the Bachelor of Music Education degree, graduating Magna Cum Laude, from the University of Georgia. Murphy has won numerous awards and prizes that include 2nd Prize in the Adolphe Sax International Saxophone Competition (1998) in Belgium, 3rd Prize in the Jean-Marie Londeix International Saxophone Competition (1996) in France, 1st Prize in the Heida Hermanns Young Artist Competition, 2nd Prize in the Saint Louis Symphony Young Artist Competition, and the J. William Fulbright Grant that allowed saxophone study in France..

Otis Murphy is an active saxophone soloist and clinician who is in great demand throughout the world. In addition to his frequent solo appearances throughout the United States, he has also performed and given saxophone classes in France, Switzerland, Germany, the United Kingdom, Canada, Japan, Belgium, and Italy. Murphy has appeared at some of the most prestigious saxophone events in the world, performing as an invited soloist at the 12th World Saxophone Congress in Montreal, Quebec; a guest soloist with the U.S. Navy Band at the 26th Navy Band International Saxophone Symposium in Washington, D.C.; an invited soloist at the 7th British Saxophone Congress in Wales and at the 2003 New England Saxophone Symposium; and as a professor at the 2003 Faenza International Saxophone Chamber Music Festival of Italy. Murphy makes frequent appearances with the Indianapolis Symphony Orchestra and performs actively with wind ensembles and orchestras throughout the world. Otis has been the featured artist in numerous publications that include Saxophone Journal, Yamahas Backstage Pass, the United Kingdoms Clarinet and Saxophone magazine, Japans Pipers magazine for wind players, and on the front cover of The Sax, Japans leading saxophone magazine. Memories of Dinant, Murphys debut compact disc recording with his wife, Haruko, on piano, has received critical acclaim.