Yamaha Is #BringingLive2Life at Boisdale of Belgravia

In these extraordinarily difficult times for the live entertainment industry, Yamaha is working hard with both practical measures and its #BringingLive2Life campaign to help audiences and performers alike to experience live entertainment again. One of its first successes was playing a key role in helping Boisdale of Belgravia - the first live venue in London to reopen after the first lockdown.

Boisdale is a chain of four high end, themed restaurants, located in London’s Belgravia, Bishopsgate, Canary Wharf and Mayfair. Before lockdown they featured live music every night, with a number of well-known artists - including Alexander O’Neal, Mica Paris, Natasha Hamilton, Rebecca Ferguson and Omar - booked for the Canary Wharf restaurant.

Boisdale managing director Ranald Macdonald has previously worked with Yamaha Music London and, as the national lockdown began to ease for the first time, contacted retail operations manager Stephen Davies to see if the company could help to restart live performances in a safe, sustainable way.

“Ranald and I came up with the idea of moving the artists they had booked for the 250-capacity Canary Wharf restaurant to the smaller Belgravia venue, playing two sets a night for two sittings of diners,” says Stephen.

As a result, on 15th August, Boisdale Belgravia was the first live London venue to reopen.

To make the initiative financially viable and ensure that live performances could be staged according to Government guidance, Yamaha Music London sponsored the stage and offered Ranald a combination of loaned and purchased equipment. This included a TF-RACK mixer and a pair of DZR10 powered, full-range loudspeakers for main Front of House sound, with NS-BP401 speakers paired with an A-S501 amplifier for distributed audio further away from the stage. 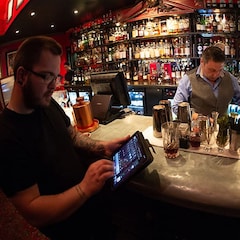 “To have live music indoors, the law currently says it cannot be above speaking volume,” says Stephen. “So it needs great clarity, with very even coverage and volume throughout the venue. The NS-BP401s made this possible, while the TF-RACK allowed Boisdale of Belgravia’s sound engineer, Al Donaldson from PowerHouse Studios. to mix the performances from an iPad, ensuring every part of the restaurant enjoys high quality sound.”

Yamaha also supplied a CP88 keyboard, a SLB100 Silent Bass and a Yamaha-manufactured Ampeg bass amplifier, ensuring performers’ stage sound can be carefully controlled, as well as the loan of an N3X AvantGrand piano.

“As a manufacturer, Yamaha is committed to being as proactive as possible in supporting the live performance industry. It has been great to help a venue to get back up and running and for people to safely enjoy live music again,” says Stephen. 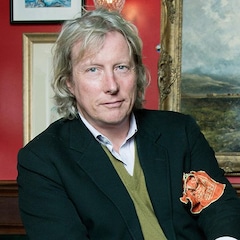 “We are truly delighted to be working so closely with Yamaha and to have recently launched the Yamaha Music London Stage,” adds Ranald. “The most important aspect of this special relationship is that we believe we have the best sound system of any small live music venue in the world. As a direct result we have been thrilled to announce an outstanding program of artists this autumn.

“Boisdale and Yamaha have worked together to ensure that, in these difficult times, the working environment is as safe as possible for our artists. We look forward with eager anticipation to a long, fruitful and inspirational future together.”