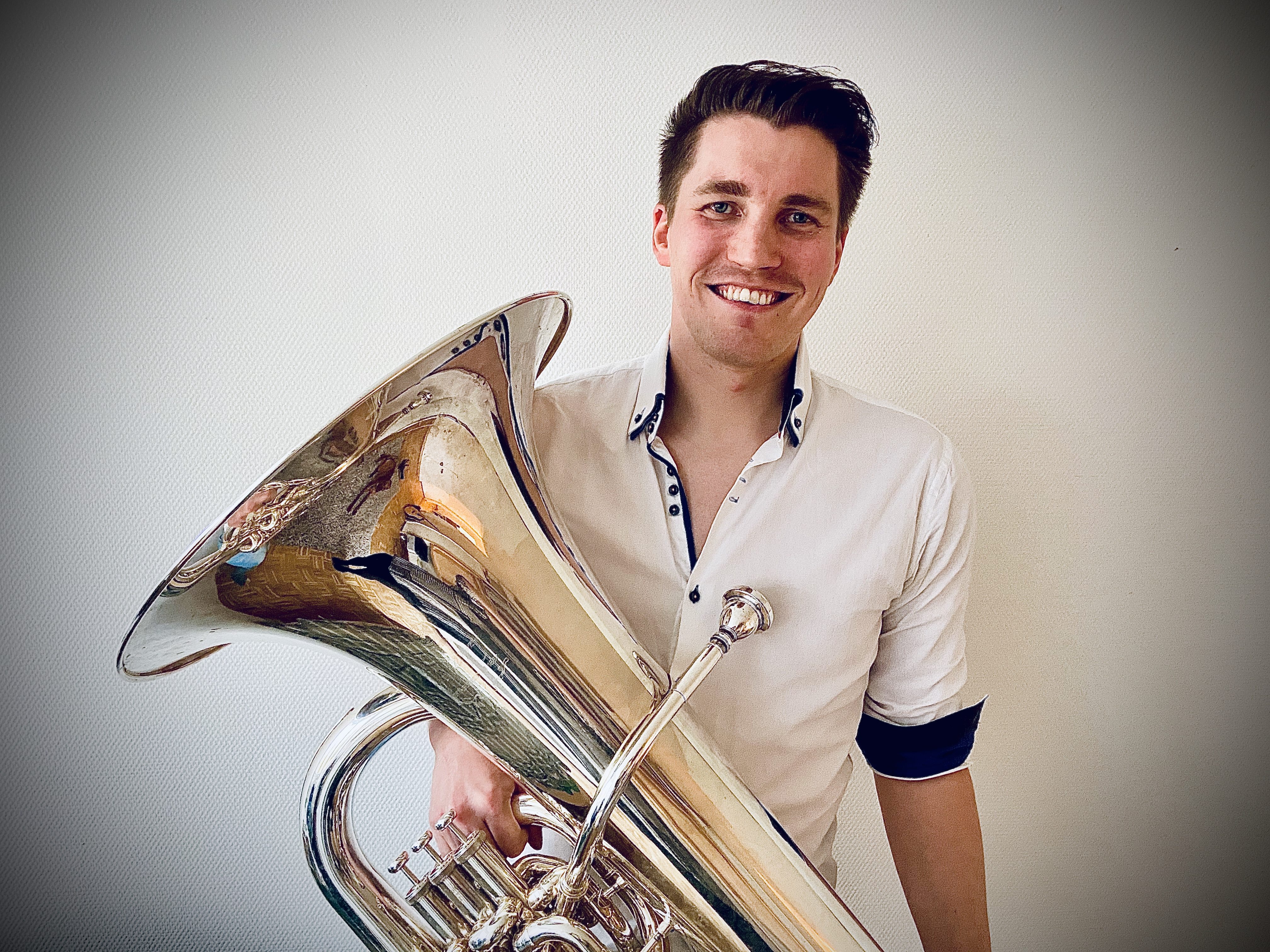 Ross Knight is a 27 year old tuba player from Carnoustie in Scotland. He studied under Patrick Harrild at the Royal Academy of Music in London where he graduated with a first class honours Bachelor degree and a ProfDip & DipRAM with distinction. After this Ross moved to Germany where he studied under Prof. Jens Bjørn-Larsen at the Hochschule für Musik, Theater und Medien Hannover.

Ross was also the Principal Tuba player of the Gustav Mahler Jugendorchester from 2015-2017 and the Principal Tuba player of the European Union Youth Orchestra from 2012-2015. Ross has also been successful as a soloist on many occasions. He was awarded 2nd Place and the Overall Winner of the Category Tuba of the 2019 Aeolus International Competition for Wind Instruments. In the final round he performed as soloist with the Düsseldorfer Symphoniker. He was the 2012 BBC Radio 2 Young Brass Player of the Year and from that went on to perform as a soloist with the BBC Concert Orchestra on BBC Radio 2’s ‘Friday Night is Music Night’, and also with Grimethorpe Colliery Band at the British Open Gala Concert in Birmingham. He has given many solo recitals across Britain and as part of his stipendium from the Karajan Academy he also performed in Carte Blanche solo concerts, performed by the students of the Karajan Academy in the Chamber Music Hall of the Berlin Philharmonie.

In November 2018 Ross performed the Vaughan Williams Tuba Concerto with the Exeter Symphony Orchestra in Exeter, United Kingdom. He has also performed concerti with the Whitehall Orchestra and with the Tayside Symphony Orchestra. In January 2016 Ross performed the Joseph Horovitz Tuba Concerto at the 2016 RNCM Brass Band Festival with Tredegar Band. In April 2014 Ross was runner up in the European Brass and Percussion Solo Championships and won the best tuba award. He is to this day the highest placed tuba player in the history of the competition.

As a teacher, Ross regularly gives masterclasses at the Royal Academy of Music. He has also given masterclasses at the Royal Northern College of Music, the Royal College of Music, the Conservatoire National Supérieur Musique et Danse de Lyon, the Haute École de Musique de Genève and the Escola de Música do Estado de São Paulo in Brazil. In July 2019 Ross was the tuba tutor of the Australian Youth Orchestra as part of their European and China Tour.